< Back to list
Distinguished sponsor at the 8th Panhellenic Manufacturers’ Conference

Aluminco, showing its great appreciation for the work of the Panhellenic Federation of Aluminium and Iron Craftsmen (POVAS), participated for another year in the 8th Panhellenic Manufacturers’ Conference as a distinguished sponsor. The Conference took place from 27 to 29 May in Agrinio and was attended by the largest companies in the field.

It was the first conference organized by POVAS after 3 years of pandemic. It had a hybrid format, thus giving the possibility to attend either with physical presence or remotely via Live link. The Aluminco booth was one of the most impressive structures and enabled the attendees to discover the world of premium Skyline systems. The entire sales, commercial management and marketing teams were present all 3 days of the conference, supporting the company’s presence at the conference!

Aluminco was represented at the conference by the President and CEO, Mr. Argyris Karras, who also gave a speech on innovation and new applications in aluminium systems. Mr. Karras among others mentioned:

“The 4th industrial revolution has entered both in design and in production and management. Artificial intelligence gives us possibilities that we could not have imagined a few years ago.

The frames themselves seem to be changing in character and function. Soon, it seems, they will have an interoperable logic. They will be interconnected – active parts in our digital world. It is a trend that is developing in the context of the Internet of Things technology. Frames will now be platforms for interconnecting and processing data. In other words, they will have a smart function and will be able, for example, to predict weather conditions as well as identify threats and breaches…..

Another challenge is the design of a new way of moving/rolling the weight of the windows, both opening and sliding, and not only from an electromobility perspective. The need for such a solution arises from the fact that frames are now characterised by a larger surface area and consequently an ever increasing weight. A breakthrough, then, for a different way of operating and efficiently carrying the increasing weight of the frames: this is the trend that we believe will pose new challenges and perhaps change frames for..ever.

Referring to sustainability he went on to say:

“Governments and society – thankfully – have realised that the problem of climate change is everyone’s problem. So they are increasingly focusing on efficiency and sustainability. Aluminium is the material that can meet this great need and that is why it is now so attractive.

In addition to the imperative of the green building trend, innovation is also the adoption of a green philosophy and sustainable practices in the operation of our own companies.

For us at Aluminco, the word “green” is not just a trend, but the future itself. For us, growth cannot be anything but sustainable.”

Proof of Aluminco’s green philosophy is a series of actions oriented towards sustainable development. These include the “recycling” of air pollutants for aluminium production, the use of photovoltaic panels for energy production, the recycling of raw materials and non-metallic waste and the selection of raw material produced from 100% green energy for its new product category, Skyline.

The same green orientation is followed by its inclusion in the Environmental Product Declaration (EPD), an Eco-labelling scheme in the form of a verifiable document that transparently certifies the environmental impact of products throughout their life cycle. Aluminco’s EPD was developed in accordance with ISO 14025 and EN 15804 standards and was based on Life Cycle Assessment-LCA according to ISO 14040 and ISO 14044 standards, for four different products that constitute the main volume of its production and sales. 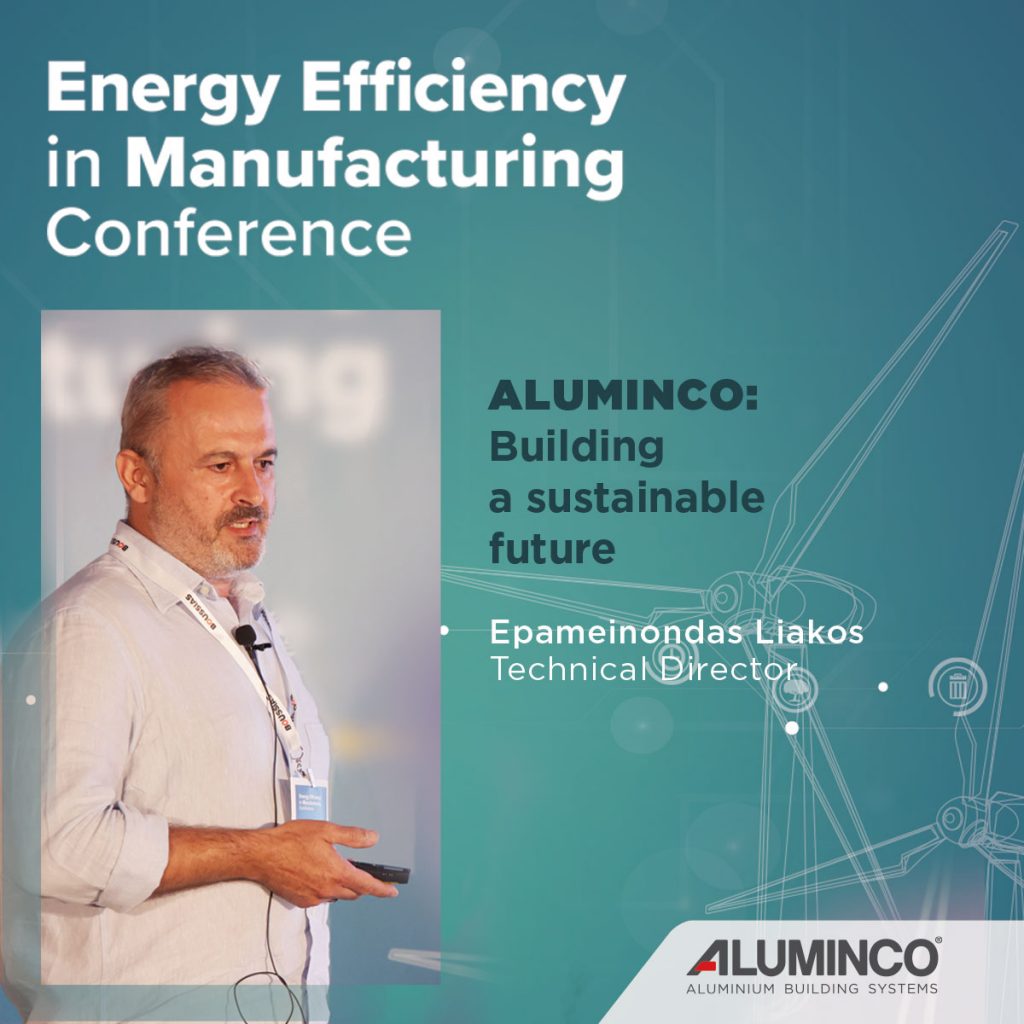 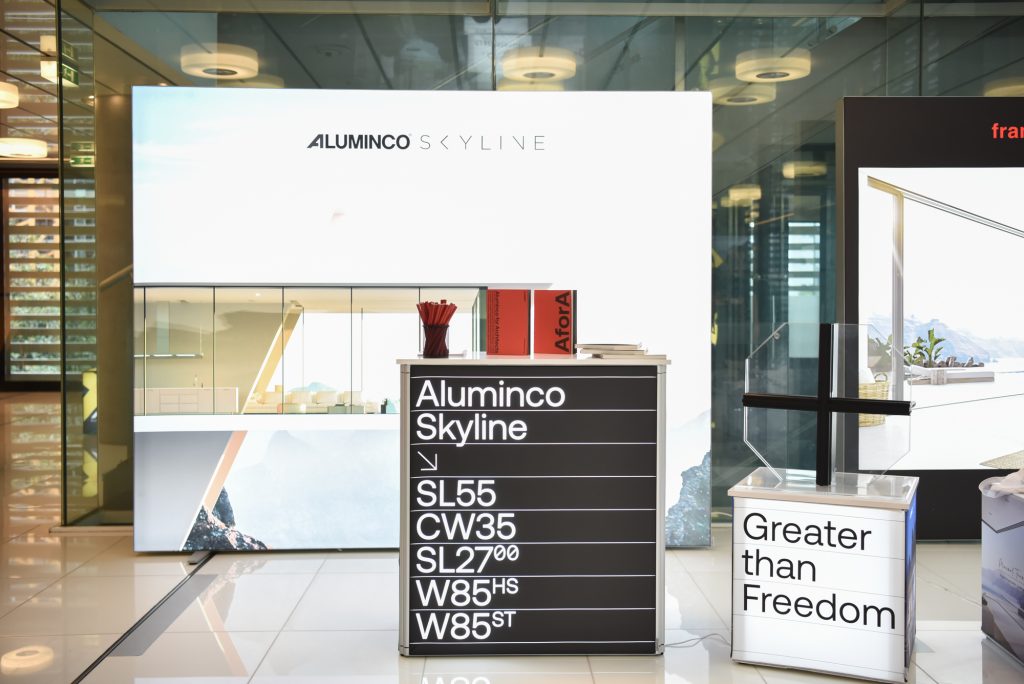